How to get to the visitor centre

From Kristiansund
From Kristansund, we are easily accessible by car or express boat.
- By car: Ca 1.5 hours, including two ferry crossings.
Ferry: Seivika-Tømmervåg
Ferry: Sandvika- Edøy
- By express boat (passengers only) 40 min.

From Trondheim
We are accessible by car or express boat.
- By car: Ca 200 km; 3.5 hours, including one ferry crossing
Ferry: Sandvika-Edøy
- Via the Trondheim-Edøy express boat (passengers only); 2 hours and 45 min. 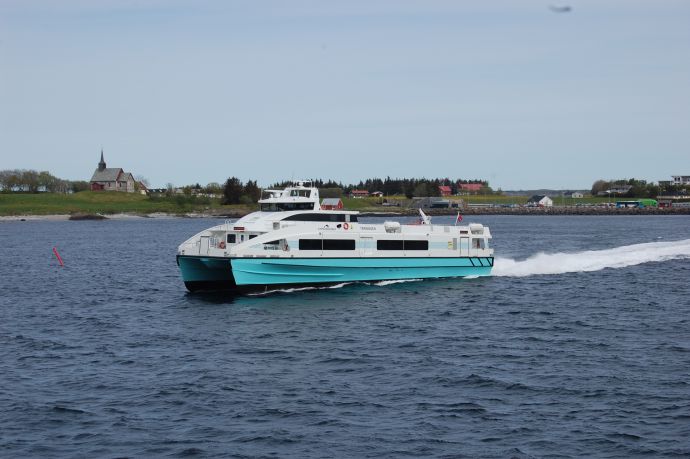 Nekton Havbruk AS is a whollyowned subsidiary of Smølen Handelskompani AS. The company’s focus is on research and development, and it strives to remain at the forefront of the industry when it comes to the development of new technologies. From 2001 – 2006, Nekton Havbruk AS’s activities were focused on the aquafarming of cod.

In 2011, the company received an R&D concession for the development of floating, closed-containment aquaculture facilities for the production of large post-smolt (200-800 grams smolt). The primary collaborator on this project is NOFIMA AS (Sunndalsøra department).

In 2012, a product development project aimed at developing contained aquaculture facilities made of canvas received a grant from Regional Research Funds in Noway (Central Norway region). The collaborators on this project are SINTEF Fiskeri og havbruk AS, NOFIMA, the Freshwater Institute, NTNU, Botngaard AS, Osland Havbruk, ITT Flygt, Aqualine, Aquastructures, and the US Naval Academy.